In April 2017, the new sports facility of St. Petersburg – Zenit Arena stadium which hosted the 2018 FIFA World Cup became the venue for the light show.

There’s no wonder why the main theme of 3D-mapping installations was football, the history of its development in the world, and a special passion for it in the city on the Neva. At first, the spectators were reminded of the long history of the stadium construction: bulldozers, workers, types of construction appeared on the screen (the arena facade). The welding lights echoed with a fire show performed by artists on stage that was built up right in front of the stadium.

The flame then materialized into a soccer ball. It swiftly swept through Ancient Egypt and Ancient Greece symbolizing the development of the game from the beginning of time to the present day. The “Football's journey” went from the Far East to Great Britain, and ended in St. Petersburg: the ball flew into the gates of the Winter Palace right under the arch of the General Staff Building and was caught by a lion that spends all days and nights on the Neva embankment. The lion turned into Alexander Kerzhakov, who struck and, of course, scored a goal.

More than 50,000 people were watching the show, created with the help of modern lighting technologies. In addition to laser illumination at the Zenit Arena stadium and the Western High-Speed ​​Diameter, the guests were greeted by fireworks and salutes, musical performances and an interactive program. 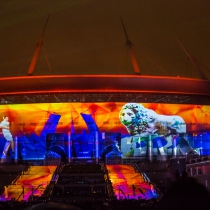 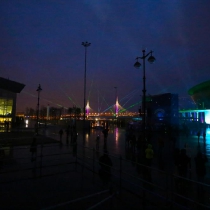 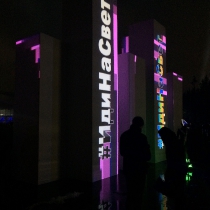 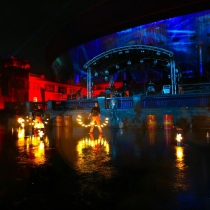 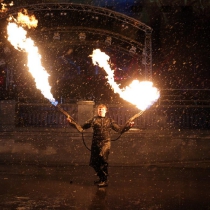 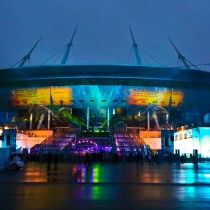 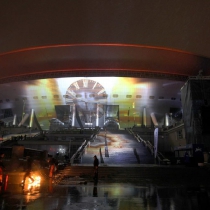 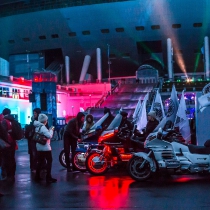 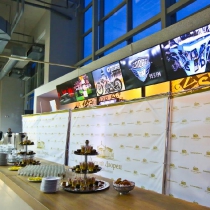 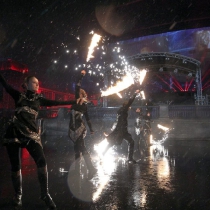