The premiere Festival of Light show in St. Petersburg took place on April 29, 2016. It was when the festival declared itself as a grandiose multimedia performance on the Alexandrinsky Theater façade. The theater celebrated its 260th anniversary that day. Thousands of Petersburgers and city guests gathered for the holiday.

With the 3D-mapping technology, the facade architectural appearance of the oldest St. Petersburg theater, built according to Karl Rossi’s project, as well as other monuments that form the Ostrovsky Square ensemble, were involved in the play of light, music and optical illusions.

Actors of the Alexandrinsky Theater’s troupe participated in the video sequence creation. These were the actors who worked on voiced scenes from The Inspector General, Masquerade, The Seagull and other world-famous performances. The scenes from the same performances were reproduced on the theater’s portico and colonnade. For the first time in the history of Russian video technologies, it became possible to involve two objects in mapping visualization at once: the theater facade and the monument to Catherine II. At the climax of the performance, the monument was “brought to life” and “moved” onto the facade. The Empress "proclaimed": Let there be light! And it became the festival’s motto. 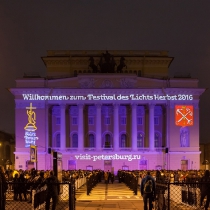 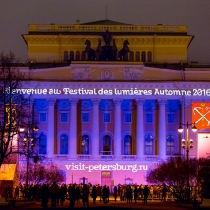 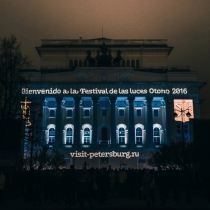 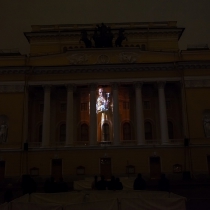 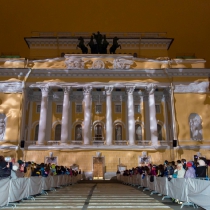 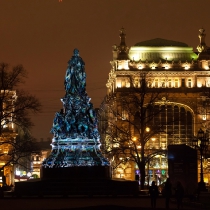 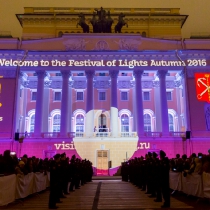 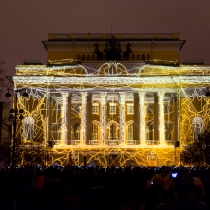 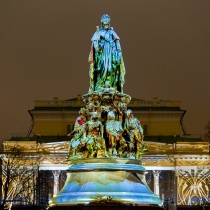 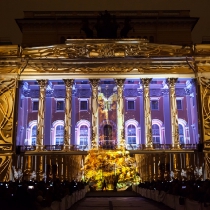