“Festival of Light 2018” took place in St. Petersburg from 3rd to 5th November. The main action of the Festival of Light and the drone show took place at the Saint Petersburg Sports and Concert Complex venue. The territory of Victory Park, where more than 30 different light installations were mounted, was involved in this action, too.

Visitors could wander through the "mystical forest" with animal figures between the trees and take pictures with more than 500 luminous lanterns specially made for the festival. It created magical vibes in the Park.

The artwork named Luminous Moon, first presented in St. Petersburg that fall, amazed the guests of the festival with its proportions and similarity to the satellite. The visitors could observe a robotic machine show; the robots would move in laser light as if they were alive.

The multimedia Memory Zone was presented in the historical part of the Park. It was an open-air object with miniature lamps, referring to the events of the Second World War.

Installations named Glowing Spheres, Giant Rabbits, and talking faces in the trees looked very impressive in the dark – "scattered" over a large area, they refer the viewer to fantastic stories with Cheshire Cat and White Rabbit from Alice in Wonderland. After watching that multimedia project at the Mobile Planetarium, the visitors could travel to other dimensions!

Several objects were presented among the installations; they were based on the projection qualities. An installation named La petit chef has been created of 3D images of dishes and various tableware on a real table. Glowing tunnel is a pulsating and rotating image that gives the viewer the impression of a deforming surface with an unusual angle of perception. Touch-wall is a construction on which an image broadcast responds to your touch or movement. Water Projections is an interactive display. It is literally the process of creating a drawing on water and projecting it onto a surface with the use of light.

Besides that, a business program with lectures, master classes, and hackathons took place at the Planetarium No. 1 venue and at the Tavricheskaya Capella to gather all the light shows and installations communities from all over Russia within the framework of the Festival of Light in St. Petersburg. 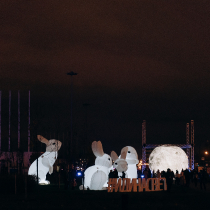 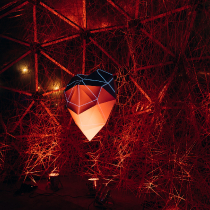 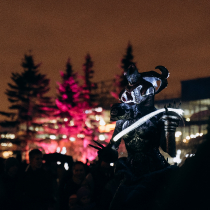 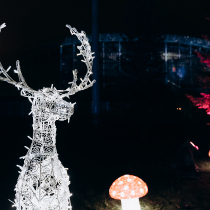 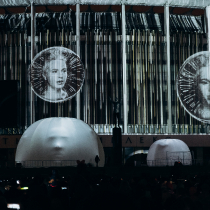 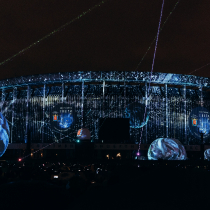 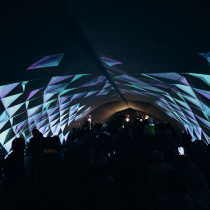 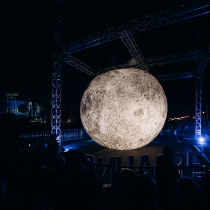 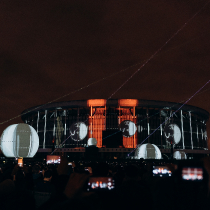 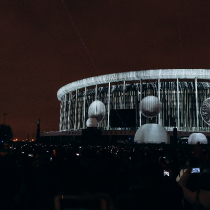