On April 20th-21st 2019, the spring Festival of Light was held in St. Petersburg. For the first time, the Bryantsev Youth Theatre building on Pionerskaya Square has become an object for light installations and artworks made by 3D-designers and VR-artists.

People have always been trying to find natural and man-made miracles all over the world both. In addition to the world famous monuments of nature and architecture, traditional wonders of the world, each of the elements – water, fire, air – would be the original miracle. Countless legends and myths have been created by man on the way of getting to know these forces of nature. It is an inexhaustible source of inspiration for poets, musicians, and artists.

Another miracle created by man is the world of art. This world is so giant, so immense that it is impossible to talk about every detail connected with it. 2019 is the Year of the Theater. There is no wonder that this year's Festival of Light is dedicated to the great miracle of art and the greatest of all arts – His Majesty Theater.

St. Petersburg is one of the world cultural capitals and the theatrical capital of Russia. The history of the theater, its success and achievements are inextricably linked with this city. Great names and masterpieces inscribed in theatrical history are closely connected with St. Petersburg.

“Live” artists, actors, acrobats took part in the story told with the use of mapping. Along with the recognizable attributes of classical theater, elements of the commedia dell'arte, the texture of cubism and avant-garde, modern techniques of light, laser, and neon shows appeared in this performance.

The method of creating living pictures using virtual reality technology has been applied for the first time at the spring Festival of Light. The VR designer literally painted a building model in his virtual space, whimsically transforming it and playing with light content. The image from the artist's helmet was transported into the real world, appearing on the building through the projection right before the eyes of the astonished viewer.

Another know-how of the festival was the creation of augmented reality (AR) at a massive Open Air event. It's no secret that the new generation viewers see the world through the camera lens on their smartphone screens. The latest technology has made it possible to create three-dimensional animation that literally expands the space. The mapping pictures were supplemented with objects that looked like they were "flying out" from the video projection onto the viewer, developing the storyline and creating a stunning effect of being in a three-dimensional, virtual world. 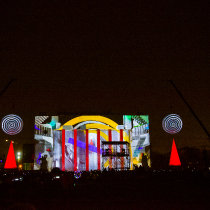 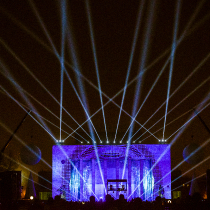 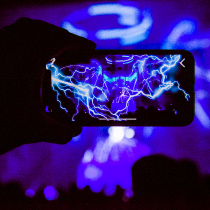 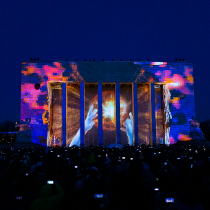 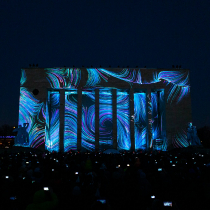 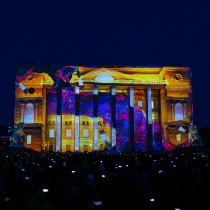 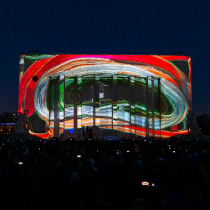 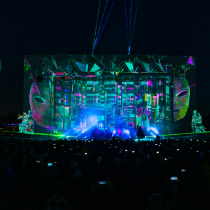 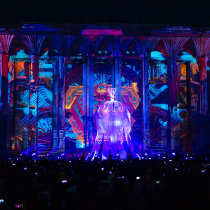 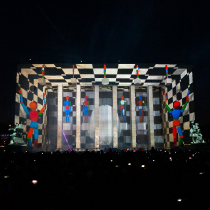